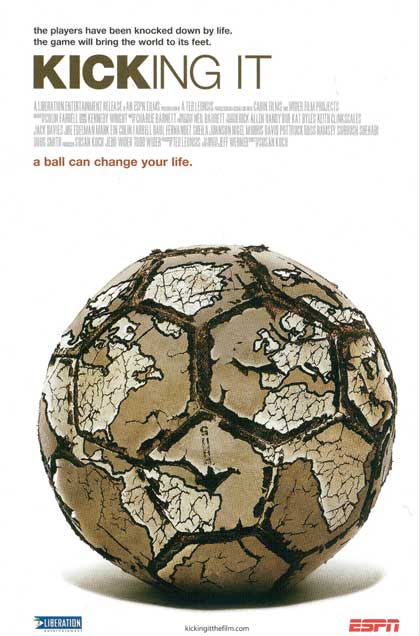 One of the things I love about Netflix is finding movies that go under the radar. "Kicking It" is just one of many. Like "The Blind Side", it's another unique sports movie that I highly recommend. It's a documentary about the Homeless World Cup, an annual soccer ritual that brings together hundreds of homeless people from dozens of countries to compete. The idea of the Homeless World Cup is that the experience of playing for a team changes lives. "Kicking It" follows the story of six players from all over the world - from their own national tryouts to the Cup - held that year in Cape Town, South Africa. "Kicking It" has helped homelessness to be recognized as an international problem, one that directly affects a billion people, but really impacts everyone. Get this one.