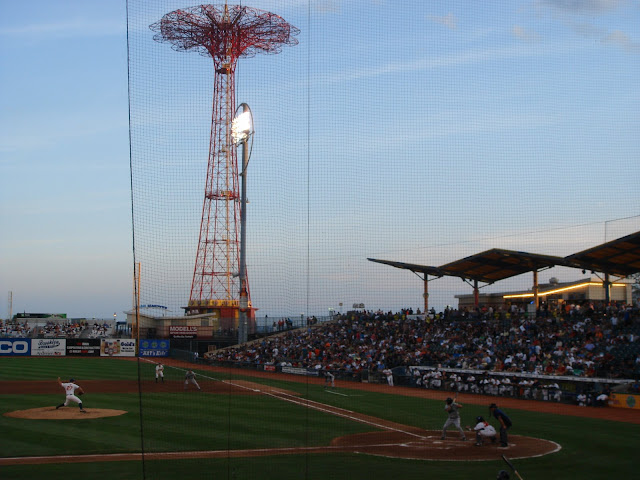 I finally caught a Cyclones game this past Friday. It was my first time at a Minor League ballpark. The Cyclones aren't very good. They're not a Triple A team or Double A. They don't even play Single A ball. They're considered a "Short-Season" Single A ball club. I never heard of "Short-Season Single A" until I read it in the promo magazine. You have to admire the guys in this league for doing what they do. They must really love this game. But they get paid squat. I had a blast out there. The Cyclones play at Keyspan Park, a tiny Minor League ballpark that allows everyone to have a great view of the action. Or lack thereof. The Cyclones organization makes an effort to keep the faithful fans happy: lots of contests for the kids, giveaways, fireworks, and reasonably priced ballpark food. A Nathan's footlong dog only sets you back $4.50. Well-priced munchies. Turns out the Cyclones do at least one thing better than the Majors.
Labels: Baseball Brooklyn Brooklyn Cyclones Minor Leagues