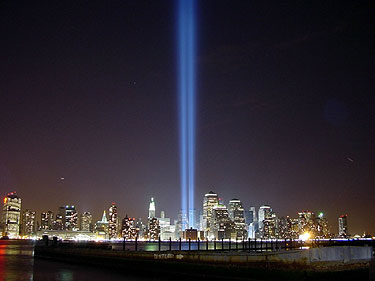 If you're a New Yorker, you most likely know someone or know of someone who was in one of the twin towers when they went down on September 11, 2001. But many of us also know people who were supposed to be there that morning, but weren't because of some "inconvenience" - like sleeping through one's alarm, calling in sick, or getting stuck on the train - inconveniences to be thankful for on this day of remembrance.
Labels: September 11th