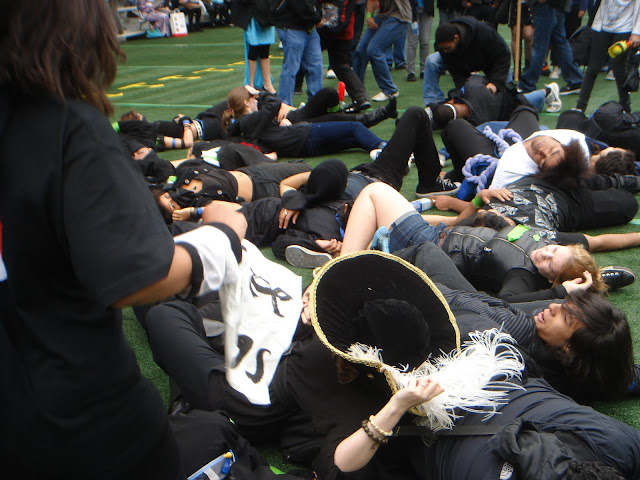 Japan Day at Central Park last weekend conjured immediate mental references to Sakura Matsuri. Seemingly just another excuse for eccentric teens to dress up in manga or video game character outfits and act in outrageous ways. I thought the fair was fun, but it could've benefited from more of a local presence. I was actually surprised at the choice of booths in the bandshell area, origami and traditional toys to name a couple. It seemed almost like an introduction to Japanese culture. I was wondering why more local orgs weren't represented, like cultural and educational institutions. And having more food vendors would've strengthened the event as well. I think the two best things about Japan Day were the charitable giving opportunities for earthquake victims and the live musical acts which seemed to capture a nice array of styles. Although it was fun to stroll around the fair, overall, I felt that Japan Day was a missed opportunity.
Labels: Central Park Japan Day