WHY I LOVE JEREMY LIN 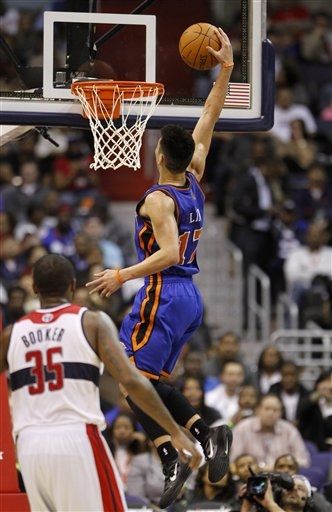 Jeremy Lin has me and a lot of people excited about the Knicks again. The team has won their last three games - and much of the playing time went to Jeremy and the reserves during that span. I have a natural affinity toward Jeremy because of his Christian faith and the fact that he's an Asian-American. But for me, the labels are not what defines Jeremy Lin.

And while I've been extremely impressed by his first step and the ease in which he attacks the basket, I've been much more impressed by how much better he makes his teammates and how strikingly mature his attitude is for someone his age. Jeremy Lin has Tyson Chandler playing at another level. And he's turned Novak into an offensive weapon. He just seems to have a sense of what the best play is everytime he comes down the court. And even though he's scored well over 20pts per game during the last three games, he plays with an unselfish attitude (averaging 8 assists during the same span). Even though it's only been three games, it just seems like Jeremy Lin is the perfect fit for the starting point guard position with this group of players and D'Antoni's offensive system.

Naturally, a lot of the questions that Jeremy has been getting in post-game interviews have been directed on himself. Yet somehow he rarely talks about himself. Instead he thanks God for the opportunity to play and he gives a ton of props to his teammates and his coaches - even naming specific assistant coaches. This is what impresses me the most about Jeremy. Although blowing by John Wall (again) and two other defenders for a thunderous dunk is pretty impressive, too.
Labels: Basketball Jeremy Lin New York Knicks

pvb said…
Great reminder for us all, Calvin, to play hard for our own teams in life. Eventually, we'll get our chance to shine.
Thanks for sharing!
February 10, 2012 at 8:56 AM