PAOLA PIVI'S "HOW I ROLL" 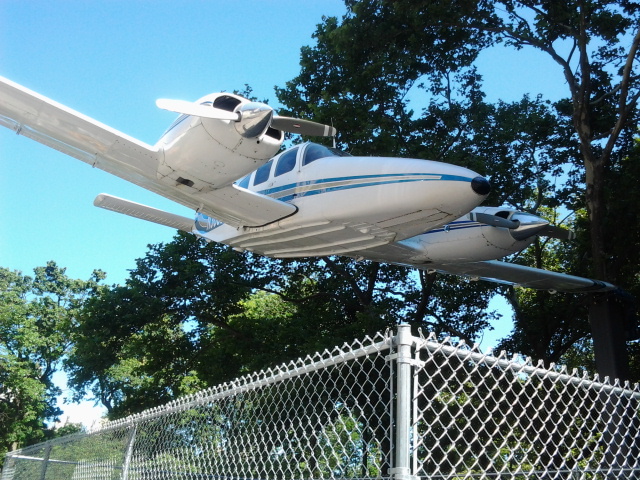 This summer, the southeastern edge of Central Park is graced with a Piper Seneca aircraft, suspended in air and spinning 360 degrees. My two-year old daughter loves looking at planes, but she - like most passersby - is particularly arrested by this new installation art by Paola Pivi. Everything about "How I Roll" is unexpected. This isn't something we're used to seeing. And the repetitiveness of the rotating aircraft is almost hypnotizing. "How I Roll" is like an altar to industrial design and motion. And it's really, really hard to keep your eyes off it. The corner pretzel vendor dares you to try.
Labels: Art Central Park How I Roll Installation art Paola Pivi