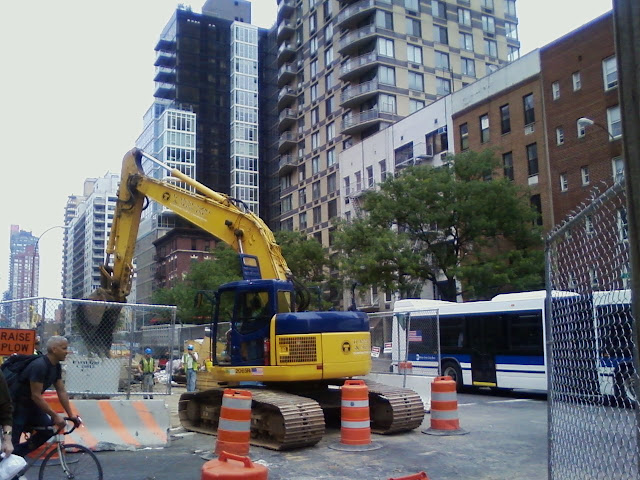 The Second Avenue subway line construction has wreaked havoc on Second Avenue. There are fewer car lanes, smaller amounts of sidewalk space, and plenty more rats. I've heard a few Upper Eastsiders say that the rats run rampant at night. Horrid. And I'm sure local businesses have suffered, especially the dozens of restaurants, bars, and cafes that lost their outdoor seating areas. I knew that the Second Avenue construction started a few decades ago and then halted. But I had no idea until recently (thank you Wikipedia) that construction plans were approved in 1929! The first phase of the line (96th St to 63rd St) isn't projected to be finished until 2015. That's a wait of nearly a century for 33 blocks of subway line. This line better be good.
Labels: Second Avenue Line Subway Wikipedia