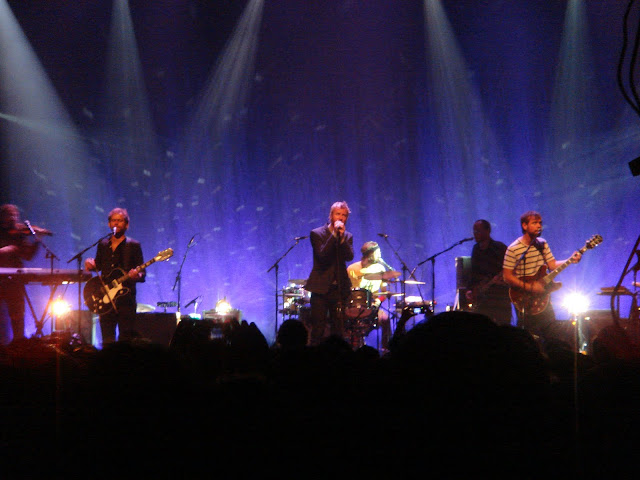 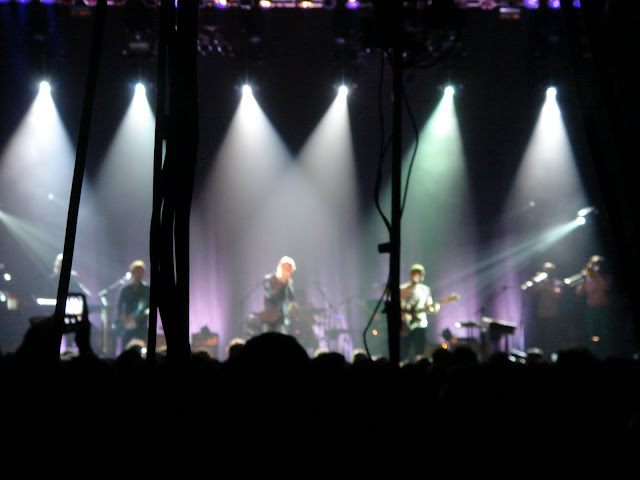 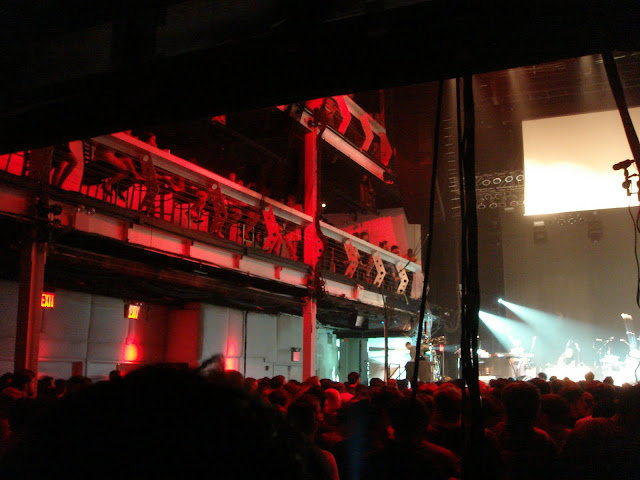 When tickets for The National show first went on sale, I declined from buying. I figured going to the show would be impossible with a newborn to care for. But in the days leading up to last night's concert, I started to wonder if it would still be possible. I was itching to go. I talked it over with Carol and she said that I should go and that she would do the nighttime bottle feeding and tuck Sophia into bed, two of my normal responsibilities. I went on Craigslist and found a ticket for $11.50 cheaper than face value, and then picked up the ticket just two hours before the show started.


I love my wife. She knew how much I wanted to see them live, and she wanted me to have that even if it meant more work for her. It ended up being the best decision I made all week. The National delivered. What I love most about the band is how all the pieces come together so well. There's no showboating or overblown solos. Sometimes the guitar parts are so simple, but they discover the perfect chord or the perfect effect to cement the mood created by Matt Berninger's vocals.

Last night I was particularly impressed with the drummer, Bryan Devendorf. I've respected his playing for a while, but seeing the band live for the first time I was able to really appreciate his technique and precision. He's definitely one of the best time keepers out there today.

Now to the set. The band played all but two songs from the new album, High Violet. The album doesn't have one mediocre song on it. So they could've played the entire thing and I wouldn't complain. But I was a bit disappointed about the set because as I was standing right behind the mixing board, I discovered there were two set lists. The revised list had fewer songs. Apparently, The National were originally going to play "All the Wine" and "Secret Meeting", two live staples from Alligator. But they pulled them from the set and didn't replace them with anything. "Slow Show" was also disappointingly missing. But the band has plenty of live material to choose from - even from just their last three albums. Here's the setlist: