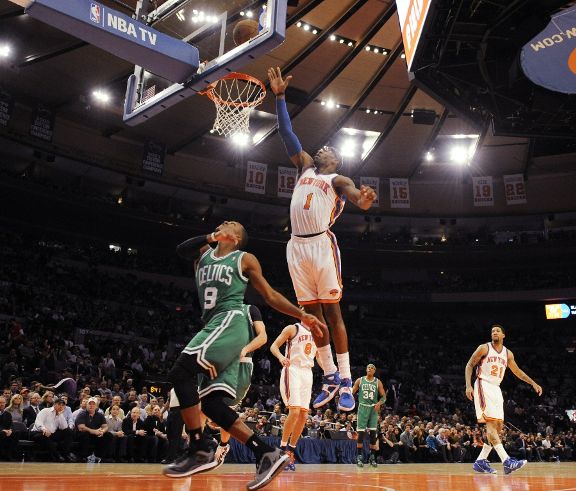 As a follow-up to a previous post, I just wanted to comment on how much of a turnaround the Knicks have had this season. They've now won 13 of their last 15 games, and almost pulled off an upset over the Celtics. If only Amare had an extra half second to get the shot off. Before the season began, there were a lot of doubts. First, many folks weren't sure Amare could be the offensive power that he was in Phoenix without Nash around to feed him alley-oops all season long. They were wrong. Amare is lighting it up every night, franchise player-caliber. And he's throwing in two blocks a game as well. Second, many of us didn't think the Knicks would be able to compete until we added one more big name piece, like Carmelo. But we just took arguably the best team in the league down to the last half second. I say the Knicks can start competing right now.