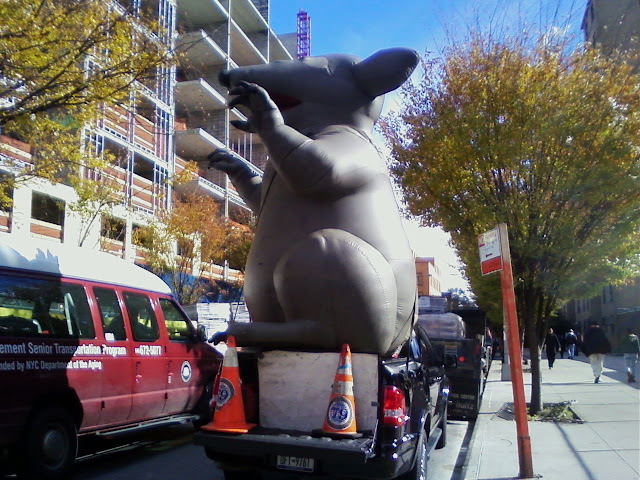 Yesterday I came across the infamous giant inflatable rat, and I decided to do a little reconnaissance and see what's the deal with these giant monsters. I always thought that they were used to report rat infestations. But it turns out they're actually used by trade unions to protest against companies that employ nonunion labor. I seriously had no idea! Yesterday I found one taking a break after a long day of picketing.
Labels: Giant inflatable rat Labor unions Rats