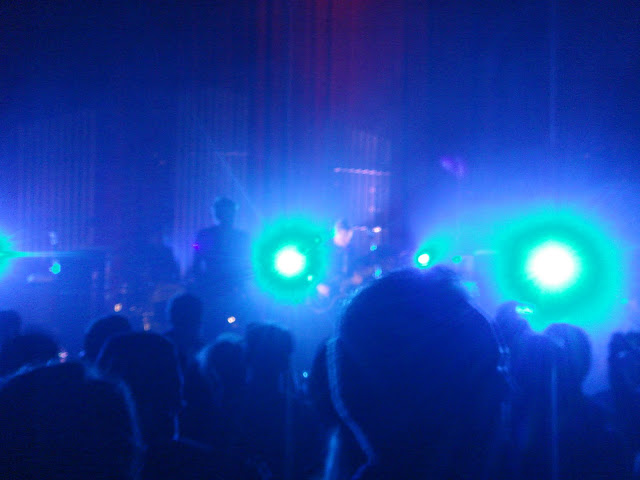 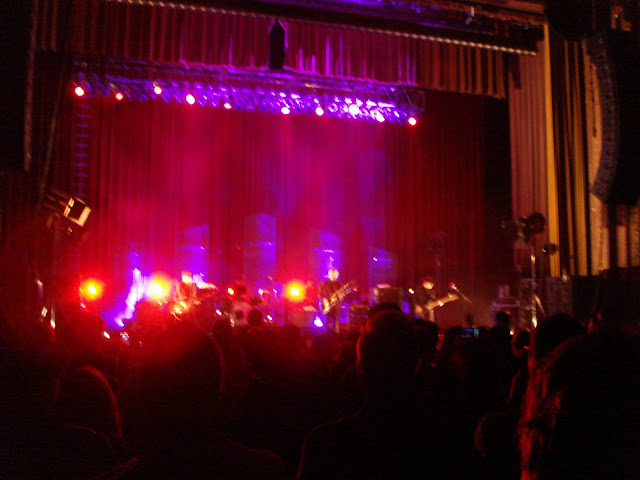 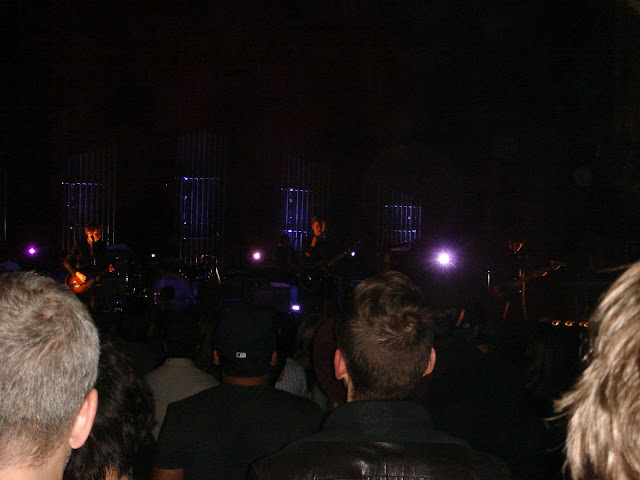 I've waited months for this show, and now I can't believe it's history. Overall I thought it was a solid performance. But I was hoping these New York rockers would do something special last night considering this was their first headlining show in the city in three years (not including the secret show in Williamsburg earlier this year). Still, there were definitely several highlights to satisfy Interpudlians.

The band opened with "Success", a song from the new album that's really been growing on me. To most of the crowd's pleasure, they played a ton of songs from the first two albums (4 from Turn on the Bright Lights, 7 from Antics). The set had pretty good variety for an Interpol show, bringing back "Length of Love," a less popular, but great live song that has been performed at their last couple of east coast shows.

Two of my friends haven't heard the new album in its entirety yet, but reacted positively to "Barricade" and "Lights". I thought the latter was the highlight of the show with its awesome, powerful build-up. Sam was doing some real intricate stuff on the drums, and Daniel changed up the ending with some pretty crazy distortion on his axe. For a band that's known for playing their songs pretty straight up, I appreciated how they changed things up a bit on a couple of songs, like with the opening to "PDA".

Interpol kicked off the encore with the underrated "Lighthouse", a song that really excels live and especially in a venue as beautiful as the United Palace Theater. The crowd was psyched to hear the band close with two Interpol classics, "Evil" and "Obstacle 1". As this was my first time seeing Interpol live, I was very impressed with the energy and punch that "Evil" delivered live.

The new guys, David Pajo and Brandon Curtis, really contributed to a tight, full sound on stage for the entire show. I was glad to see that Curtis' backing vocals were mixed well and I was impressed with Pajo's work on the bass.