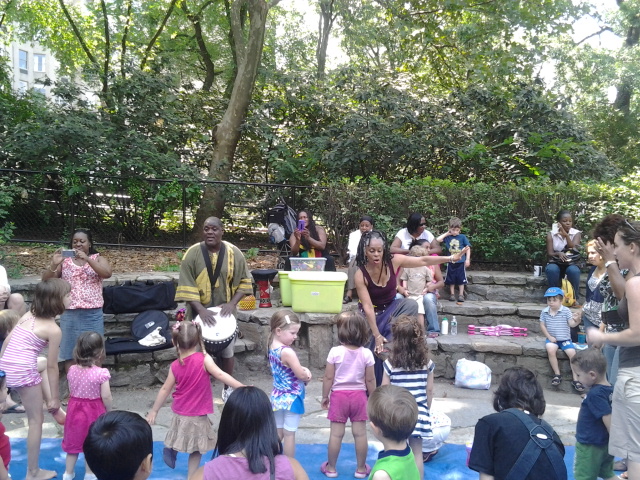 Rich programming for toddlers and children exists all over the city, and a lot of it is free. My wife and I have been taking advantage of them ever since our daughter was old enough to participate. As an added plus, many of these activities expose kids to foreign cultures.

For example, Central Park - in conjunction with the Museum for African Art - ran a free summer series called Sandbox Dance, which featured African music, dancing, and storytelling. It's a great, fun way to teach kids about different cultures, and it's also fun for the adults. Sandbox Dance also made the rounds, popping up in several playground areas throughout Central Park.

My wife also discovered Bilingual Birdies, a free foreign language program that ran all summer through the New York Public Library. This program uses games, puppets, and music to teach foreign languages to kids. Bilingual Birdies ran for three months, and each month they covered a different language: Mandarin, Spanish, and French. My two-year old daughter actually retained some of the words, too!