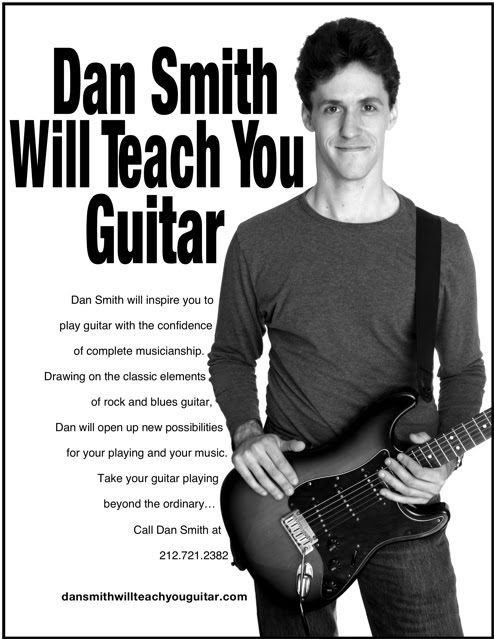 A friend recently posted on his Facebook status that he saw Dan Smith. It took me a while to remember that I too had seen this enigmatic poster boy once before in person. All kinds of businesses in New York City are graced with Dan Smith's fliers, claiming he can teach you guitar. A couple of years ago, I saw Dan Smith right outside a store that I was walking out of. He was tearing down someone else's flyer and putting up one of his. I'm not joking. I think at the time I was a little surprised that I actually saw Dan Smith putting up one of his fliers. But if you think about it, it really shouldn't be that surprising. I mean, these fliers are all over the place. A Dan Smith sighting was bound to happen sooner or later.
Labels: Dan Smith Music New Yorkers