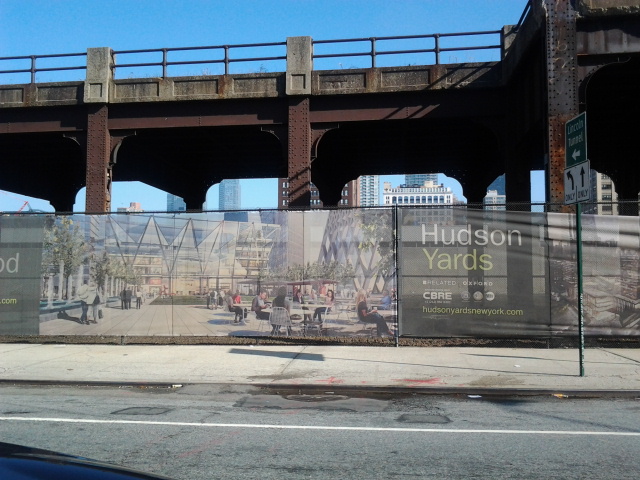 This morning as we began a stroll down the High Line, I caught a glimpse of the vast lot known as Hudson Yards. It's going to be amazing once the redevelopment is complete. Hudson Yards Development Corporation's site says that the approved rezoning allows for:
Overall, I think Hudson Yards has a good mix of commercial and residential. But I think the area's best attributes will be its public spaces and waterfront views. The schematics for a four-acre stretch of parks and open space known as Hudson Park & Boulevard look pretty awesome. Also, with the 7th Avenue line extension (including a stop at 41st St and 10th Ave), I think the public transit support should be solid - along with the current crosstown buses at 42nd Street and 34th Street.

But will it live up to the expectations of the new tagline, "New York's next great neighborhood"? If everything goes according to plan, I wouldn't be surprised.
Labels: Hudson Yards Hudson Yards Development Corporation