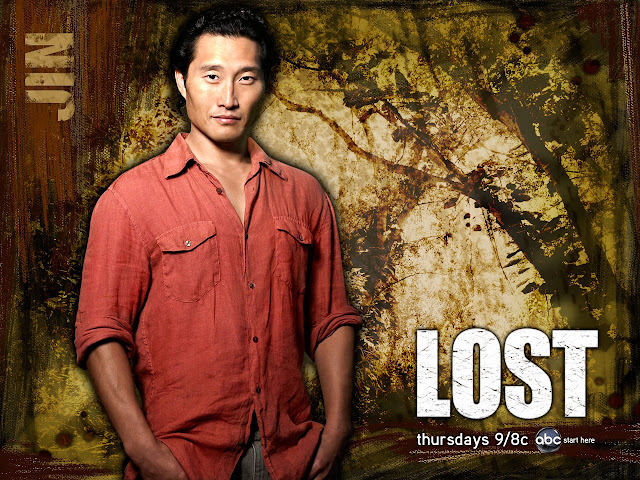 I've been taking Mandarin classes at The China Institute on 65th Street and Lexington. My progress is slow. I should be spending more time practicing and reviewing the vocabulary. But I'm also just a slow learner when it comes to foreign languages, especially Chinese. I wish I had the ability to pick up another language that Jin had, the Korean dude from Lost. That guy didn't know a lick of English when they crashed on the island. Five weeks later, he was putting whole English sentences together and understanding complex conversations that other people were having. Maybe that was one of the biggest miracles that took place on the island.

I wish I could memorize words as well as Jin. Instead, my mind remembers less useful stuff. Like music trivia. For some reason, I can remember the names of songs and albums pretty well. One of my coworkers played a song on his computer speakers and asked me to guess it. Within 3-4 seconds, I could tell him the band, song and album. Van Halen, "Hot For Teacher", from 1984, the same album that spawned "Panama" and "Jump". Like I said, pretty useless info. I wish instead of knowing about Van Halen's ode to a pubescent crush, I could squeeze in a few more Bible verses or some nice Oscar Wilde quotes. They say that your memory is selective. I think this is true sometimes. I hope that in this particular case, it is not.
Labels: Bible Jin Lost Mandarin The China Institute TV Upper Eastside Van Halen

daveed said…
Man, hats off to you for trying to learn one of the hardest languages.

I've studied a couple of foreign languages, to greater or lesser degrees of success, and I believe a lot of the struggle comes from how languages are taught.

I don't believe learning a language is about rote memorization. Because that's not how a child learns (they don't yet have the experiences to commit to memory words and sounds in relation to some other context). They mimic: they listen and repeat, get corrected and make mistakes, and learn that way.
February 2, 2009 at 5:06 PM