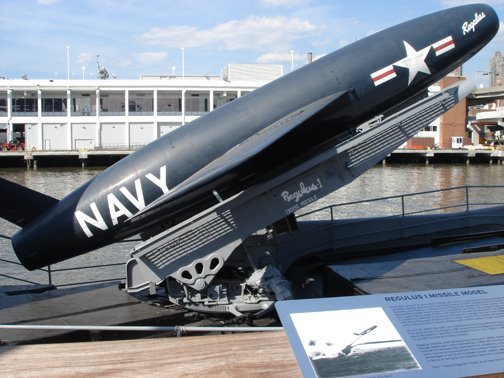 Fleet Week is drawing to a close. Naval crews had a well-deserved opportunity to break from their recent operations and enjoy the city. Even if you don't see the ads and banners, it's easy to know when Fleet Week takes place in New York City. Tons of crew members leave their ships to take in all the sights of the city during this week. We see them in our subway trains, restaurants and bars. Fleet Week features free ship tours and demonstrations. Carol and I tried to catch the ship tours, but the lines were too long and got capped at 4pm. But we did get free access into the pier that hugs the U.S. Intrepid. So that made the trek to the pier well worth it. We saw the Growler submarine with a ginormous missile on its deck and got to go inside an LSV (Logistic Supports Vessel) belonging to the U.S. Army.

LSVs aren't as exciting as battleships, but they're still pretty fun to walk through. These ships carry cargo from sealift ships to shore during operations. This allows them to get much closer to land than a lot of naval ships. And they also have artillery so they can defend themselves. We got to talk to the crew, a really friendly group of guys. I would think they're accustomed to answering questions about their recent tours, ships specs, military background, that kind of thing. But in true form my wife asked one of the crew members how often they get to see their spouses and children. This particular crew is currently stationed mostly in Virginia. So they get to see family a lot more often than crews that are on tours in the Middle East who are gone for several months at a time. No matter where they're stationed, this past week has helped me to appreciate and respect the men and women in uniform who serve our country.
Labels: Carol Fleet Week U.S. military