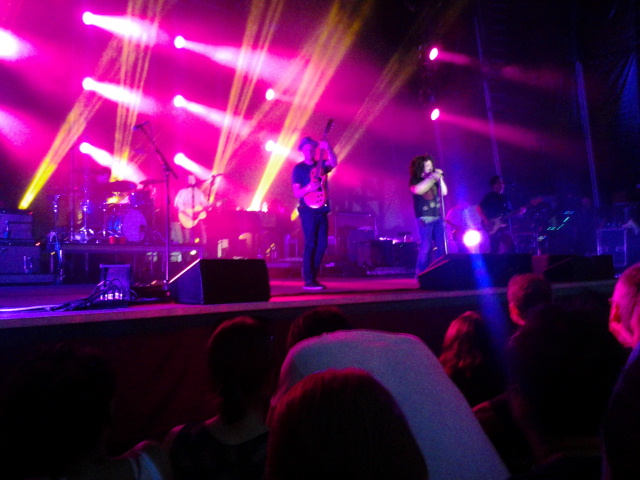 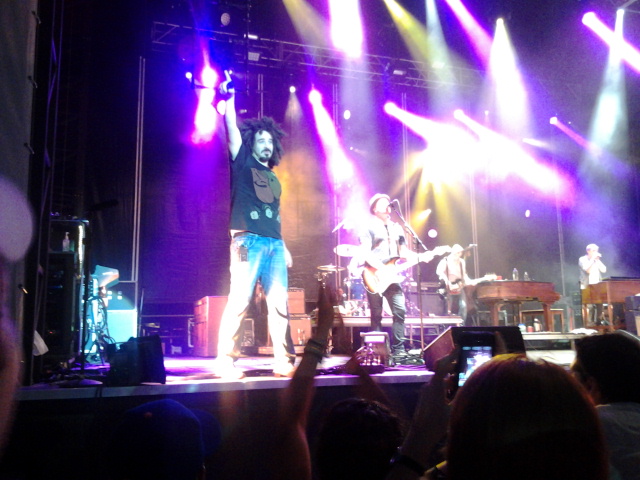 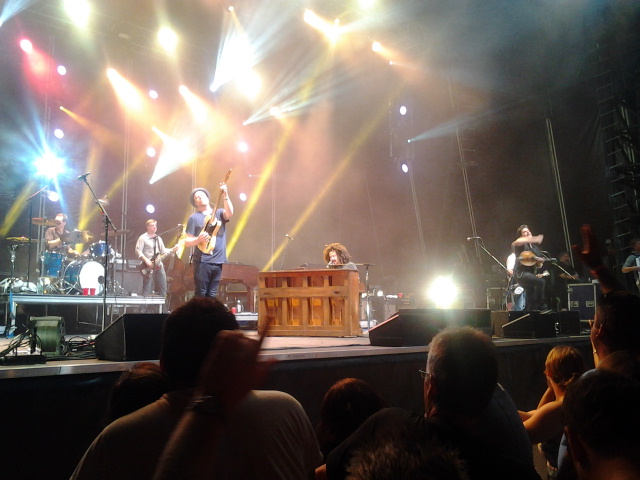 First, let me be upfront by saying that I'm not a hardcore Counting Crows fan. I like a few of their songs, but I'm not familiar with all their albums. And I certainly don't know all the details of Adam Duritz's life (although I got a good overview from my friend who's a pretty big fan of the band and has seen them live several times). For me, there is mostly August, and not much Everything After.

In some ways, going to a show where you don't know all the songs kind of frees you up to enjoy the music even more. You come in with less expectations. Let's also just get this out early: I'm not crazy about cover albums. So the Underwater Sunshine tour probably wasn't the best one for me to see.  That said, having seen them, I think Counting Crows is a really great live band. Even if I didn't love every single song.

The highlight for me was probably "Anna Begins" and I could hear dozens of people around me screaming "That's my favorite Counting Crows song!" as the mandolin churned out those first few minor notes. I also liked the upbeat vibe of "Miami." But many of the songs I enjoyed most were the quieter ones: "Sullivan Street," "Colorblind," "A Long December," "Holiday in Spain," which was a great closer. Counting Crows mellows out well.

I would've preferred more songs from August and Everything After. No "'Round Here"? No "Rain King"? Come on, guys! Can't you just let me relive the summer of 1994 one more time? I would've easily traded in "Hanginaround" for one of those two songs. In all seriousness though, I had my fill. It was a great live show. And I also came away curious to hear more from We Are Augustines, one of the opening acts.

My buddy told me one of the things he loves most about Counting Crows is that their songs often express his own feelings. They connect with fans. And that's one of the biggest compliments you can give a band. After last night's show, I can not only see what he was saying, I can actually believe it for myself.