WHAT WOULD YOU CHANGE ABOUT NEW YORK'S SUBWAY SYSTEM? 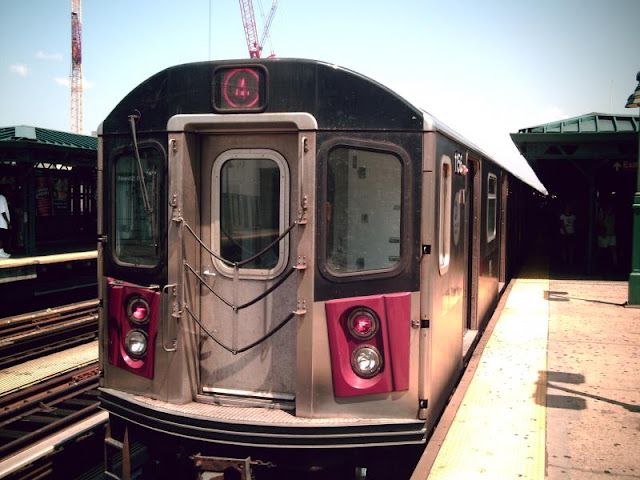 Air conditioning on all platforms is probably at the top of the request list for most subway riders. But here's something else to consider: greater wheelchair accessibility.

Honestly I never thought about accessibility in the subway system much until my wife and I had our first child, and with her, our first baby stroller. The reality is that our subway system is an old one. I understand wheelchair accessibility may not be possible for every stop - both logistically and financially. But a closer look at one of the most busiest subway lines reveals something a little startling.

During the day, the 4 train stretches from Woodlawn, Bronx to Utica Avenue in Crown Heights, Brooklyn. At night, the line extends out to New Lots, Brooklyn. There are 54 stations in total. Guess how many of those stops are wheelchair-accessible?

11 out of 54 is astounding. Thankfully, some of the 4 train's major stops are a part of those 11, including 125th Street, Grand Central, Atlantic Avenue, Yankee Stadium, and Borough Hall. But missing from the list are major stops like Fulton Street, Franklin Avenue, and 59th Street. And according to this link, so is Union Square.

Is this something important enough to address? Is it worth increasing subway fare over? Things to mull over as I hear underground explosions going off for the Second Avenue subway line construction.
Labels: 4 Train Subway Wheelchair accessibility